Do you ever feel you put in a ton of time, energy, and effort grinding it out in your business? But you are stuck at the same level and just can’t figure out how to get past it.

To grow our business, we seem to focus on all these things:

But, what we forget is that our first step to being successful is not all those tools. It is our entrepreneurial mindset. Let’s break that down into four steps. Don’t have time to read, listen to the podcast audio below!

Have You Hit a Glass Ceiling?

It is almost like there is a glass ceiling. We keep banging our heads against expecting things to change. It’s going to hurt after a while. It probably already hurts right now. And that sucks.

If you want to go to the next level, great, but what does leveling up mean to you in the first place?

Is there a specific place you see yourself? What exactly is your end goal? The end goal is your destiny. That’s where you want to be. But you’re way over here right now. And you’re wondering how to get from point A to point B?

Wherever you are right now, you may get stopped because you are looking at what that guru is doing. You may think that they are where they are because they have natural talent.

They have these gifts and opportunities you don’t have. Comparing ourselves to others like that isn’t going to do you any good whatsoever.

Most of what you need to be successful, you can learn. If you don’t believe me ask those successful people. List to their stories. Where were they from?

You might be surprised to see many of them started exactly where you are right now. And we all have to start somewhere to get where we’re going.

You don’t need some unique talent. Nor do you need to be naturally charismatic. You don’t need all these things that we think we need.

For example, my destiny is to have a thousand-acre ranch. To do that, I need to make a crap ton of money.

And how do I get there?

You Must Take Action

Are you willing to put in the time and energy to learn what it takes?

Or will you listen to a video and agree that it is excellent information. But then not take action. Often, what happens is you try it, but it is harder than it looked.

Fitness people seem to think it takes 21 days to create a habit. I actually think it’s longer. Anyway, you have to practice it for at least 21 days.

Just think, however old you are, you’ve had that many years to do it the other way. This means your mind has trained to always go in this one direction.

That one direction has gotten you where you are now. And that is what’s limiting you from breaking through that glass ceiling.

So if your mind is continuously going this way and you’ve done that for years. That’s muscle memory. I have to be vigilant to change it before it becomes an actual habit.

For example, I have a friend that played college basketball. His coach told him that the best basketball players in the world are not in the NBA.

I’m like, what? The best of the best is going to play basketball in the NBA.

Nope, his coach said the best players in the world are playing on the streets. Well, why aren’t they in the NBA?

The reason they’re not reaching their destiny is that their mind is holding them back. The people in the NBA might not be the best in the world, but they trained their minds to think differently.

First, you must be willing to change your character. Character is who you are deep down.

Are you out to help other people? Are you making it about them?

For example, I woke up to my sons, arguing. They had gotten our old digital cameras with SD cards and one was yelling to the other not to take his picture.

He didn’t want his picture taken because his brother was using a filter that made him look fat. I asked him if he thought he was fat. I told him it didn’t matter what he looked like on the outside. It is what is inside that counts.

After he answered yes, I was like, you are good on the inside, don’t worry about the outside appearance. It doesn’t matter, and you can’t change it anyway.

That is the character that I am instilling in my children now. Of course, it is easier said than done.

For example, if you have a habit of lying, everyone believes that your character trait is a liar. Nobody wants to hang out with you or tell you anything because you’re a liar.

I know you have probably tried to change habits in the past and failed. It’s not easy for smokers to quit smoking. That’s a habit that is very,

very hard to change. Changing your mindset is challenging, as well.

Instead of picking up a cigarette, you need to pick up a piece of gum or something.

I learned this a long time ago in a company meeting. I remember sitting there and thinking, this is excellent advice. But you know what?

I didn’t apply it right away. Until I took action, was I able to change my habit.

We have to watch our words. But it’s not always easy to change what we say, especially to ourselves. Changing your words is critical.

Finally, you must change your thoughts (of course, this could also be first). Whether you think you’re good enough or not, you’re right. Whatever you’re telling yourself, whatever you’re thinking, this is your reality.

If you are telling yourself that you can’t reach your goals, you will not reach them. So you need to change that mindset first. To change your words, you have to change your thoughts. This is the key to changing your mindset.

Changing your mindset is the key to having entrepreneurial success.

I frequently talk about the four keys to leveling up being marketing, sales, operations, and mindset.

But, it all starts with mindset. You can learn how to market, sell, and set up effective systems so that everything works like a finely oiled machine. But, if you don’t have the entrepreneurial mindset needed, you won’t see success.

For more about how to do this (and the action task):

Drop any questions you have below! 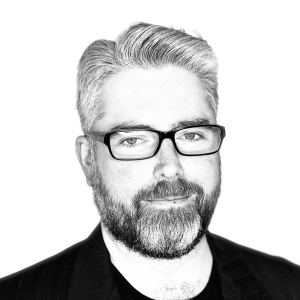 I help people overcome the everyday pains of being an entrepreneur, to ensure they have plenty of leads and deals, feel like they have an abundance of time in each day, have marketing funnels that are seamless and perform well, and increase their revenue to bring on extra staff and surround themselves with the best team.

I help people overcome the everyday pains of being an entrepreneur, to ensure they have plenty of leads and deals, feel like they have an abundance of time in each day, have marketing funnels that are seamless and perform well, and increase their revenue to bring on extra staff and surround themselves with the best team.

I’ve been working with small business owners since 2009 and helped over 2,000 entrepreneurs.

By subscribing to this podcast, you will automatically receive the latest episodes downloaded to your computer or portable device. Select the subscription method below that best fits your lifestyle.

Peace & Freedom are the core values we live by. I fell in love with helping small businesses achieve Peace, Freedom, and their goals. We do this by helping business owners increase their revenues dramatically by installing a scalable and predicable lead source, increase their closing rate by implementing the MP5 Sales Method, and fixing their follow up through automation, and delegation.

To Get Started Download My FREE eBook: “5 Reasons Coaches DO NOT Consistently Generate High-Quality Leads”

To Get Started Download My FREE eBook: “Top 5 Secrets To Scale Your Business Without Frustration”

37% Of Deals Are Lost At The Close

Because we all get awkward when we ask people for money.
We lose our confidence, which is the #1 KILLER OF SALES.

EASY FIX is having a scripted closing question THAT WORKS.

37% Of Deals Are Lost At The Close

Because we all get awkward when we ask people for money.
We lose our confidence, which is the #1 KILLER OF SALES.

EASY FIX is having a scripted closing question THAT WORKS.

Hire Jeremy to speak at your event, conference, or office

fill out the form below to request

fill out the form below to request

to Request Hire Jeremy to Come and Train You and/or Your Staff in the Disciplines of Sales, Leadership, Marketing, Operations, Project Management, and/or Mindset

To Get Started Download Our FREE eBook: 5 Reason Businesses DO Not Consistently Generate High Quality Leads